Coupang and Naver, the two largest e-commerce marketplaces in Korea by sales, are now competing in lending services.

CFC Preparatory Corporation, a wholly owned subsidiary of Coupang Pay, was established in January. The company recently changed its name to Coupang Financial and is preparing to offer loan services. Coupang Pay is 100% owned by Coupang, a Delaware corporation.

Coupang has registered with the Financial Monitoring Service (FSS) for a license to offer loans and financing services, according to local media earlier this month.

It is expected that Coupang Financial will soon finalize its registration as an installment loan company and start offering loans to small traders and businesses. Facility rental, installment loan and new technology companies will all be registered after one month at the earliest if there are no problems during the process.


This is the first time that an e-commerce marketplace has directly offered loans. Loan services for small businesses and online shopping sites came mainly from traditional financial companies, including banks and capital companies.

Coupang has expanded its business portfolio by making direct investments. The company leads the market in faster next-day delivery, offered as Rocket Delivery on Coupang, by hiring drivers directly instead of outsourcing them. Its Coupang Eats food delivery business and its Coupang Play video streaming services have also been successful.

Coupang is expected to start its lending services by offering different loan products. It is supposed to offer loans to its vendors and may impose different loan limits and interest rates depending on the business. Business risks include lenders unable to pay debt and sudden changes in lending regulations by financial authorities. 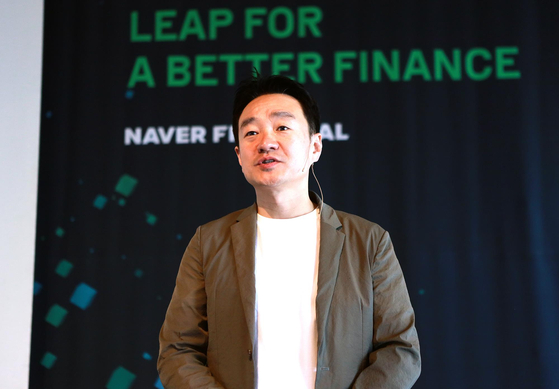 Naver Financial is another e-commerce company that has started providing loan services. The company started its financing service in 2020.

Unlike Coupang, the company works with associated finance companies to offer loan services.

Naver Financial worked with traditional finance companies, such as Mirae Asset Capital and Woori Bank, to offer a loan product for business owners in Naver’s smart store in 2020.

Borrower eligibility will be assessed by Naver’s Alternative Credit Scoring System (ACSS) or financial companies based on information provided by smart stores. The actual loan will be provided by the associated finance company.

Naver was to take out loans since 2019, when the four Mirae Asset companies invested 800 billion won ($609 million) in Naver Financial for a 30% stake.

Naver, which grew through its portal service and search engines, expanded its business portfolio by partnering with other companies, but did not directly jump into individual markets.

He worked with CJ Logistics for logistics and E-Mart for fresh produce distribution. The company has worked with Carrot Insurance for an insurance program that covers delivery costs when consumers return their purchases.


Naver Financial uses information about merchants’ sales in smart stores to assess their credit scores, but it’s the associated companies that actually handle everything else, including the risk of non-payment of loans.

Naver Financial CEO Park Sang-jin also pointed out that “taking on the role of a financial platform, which listens to the needs of financial consumers and improves inconveniences, is more important than acquiring a financial license.” , at a press conference held last month.

In the long term, competition between Coupang Financial and Naver Financial is expected to intensify in the small business loan market. Competition with existing secondary financial institutions will also occur.

Naver Financial began offering a Smart Place business loan product for offline small business owners on June 28. Sellers registered on Naver’s Smart Store will not be the only ones eligible for the loan. Those who use Naver’s Smart Place – recording business information, such as opening hours and location information to display on Naver’s map service – will also be eligible for the loans.

In the second half of the year, it will introduce a loan product to financial companies and various economic operators and launch a loan product comparison service.

“Whether an indirect lending company like Naver will be effective in recruiting business owners or a direct business entry like Coupang will be a better way is what we should focus on and monitor in the future. “said Lee Jung-hee, professor of economics at Chung-Ang University.

Self-employed and small business loans are important sources of revenue for traditional financial institutions. This will particularly affect the secondary financial sector, such as savings banks and capital companies.

If the competition between Coupang and Naver intensifies, it is possible that traditional financial companies will be excluded from the existing market, leading to an outcry against fintech.

“If a huge fintech company such as Coupang enters the financial market, the secondary financial sector, which has taken control of the loan market, is very likely to protest against the fairness of regulations,” said Kim Dae- jong, a business professor at Sejong. University.

HELOC rates vs mortgage rates: which is cheaper in 2022?