On the cover of the latest issue of The Will Downtown Magazine is an Afro-fusion singer, songwriter and record producer BNXN (formerly known as Buju).

Lily Onah Nwachukwueditor’s note, “The NFT community is growing rapidly and has reached a point where we can no longer ignore it. Young creatives have tapped into this new found financial freedom and are making a splash selling their work as About a month ago, a video surfaced of a young National Youth Corper who photographed an old drummer man and sold him as NFT, with the old drummer holding hundreds of thousands of naira – half of the proceeds from the sale of his image.

“Our cover personality this week knows how important NFT is. BNXN @toyourears, formerly known as Buju, has his NFT image, and let’s just say it’s worth more than you can imagine. For the Gen Z artist dubbed “the king of features,” it took a while before he could find his footing in the music world. Although he was always talented, he didn’t gain confidence until much later. 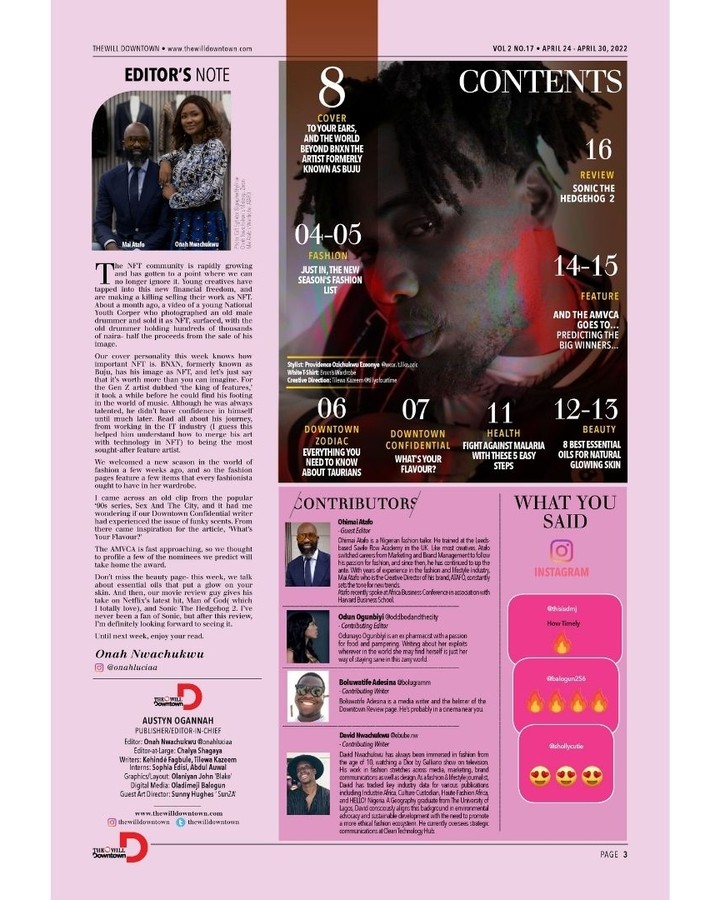 In this interview, he talks about his journey from working in the computer industry to being the most sought after feature film artist. Read excerpts from the interview below:

How he discovered his love for music:

The choir has always been there for me. I was that young boy who fell in love with music mainly because I loved the feel and my dad used to keep CDs ranging from D’banj, Olu Maintain, 9ice, Tuface, Lucky Dube, Buju Banton , etc., everyone. So it was a no-brainer because I was also always glued to the TV 24/7, not just watching cartoons, but I loved the music videos. I loved watching them, especially Why Me and Tongolo by D’banj. So I went from that to writing rhymes in JS1; putting words together, miming, and all that. Then, I joined the choir at the age of 11 as soon as I entered high school. I remember that time when they told us to come to the cultural group. They asked me if I had a talent and I started rapping. But I always mumbled rap. It wasn’t the best lyrics, but it did for a lot of people. I was the best rapper in school.

On how Burna Boy came into the picture:

The enu was crazy! If you had an ear for good music, you would understand why Burna loved L’enu. It was a great song. Apparently at the time Burna was looking for me but I didn’t know because my phone was bad at the time so contacting me was crazy. After I fixed my phone, a number called and it was like “Burna Boy wants to see you…” but I hung up on the number because what kind of game is this? Later, my friend called me and told me that the Burna team was looking for me, but after that time I didn’t hear from them again. A few days later, the same unknown number called me back and said: “this is the last time I will call you”. Burna wants to see you. I ask where; they give me the location and i go there. I’m just there relaxing in the living room when he walks in with a towel around his waist and asks who the Buju guy is? 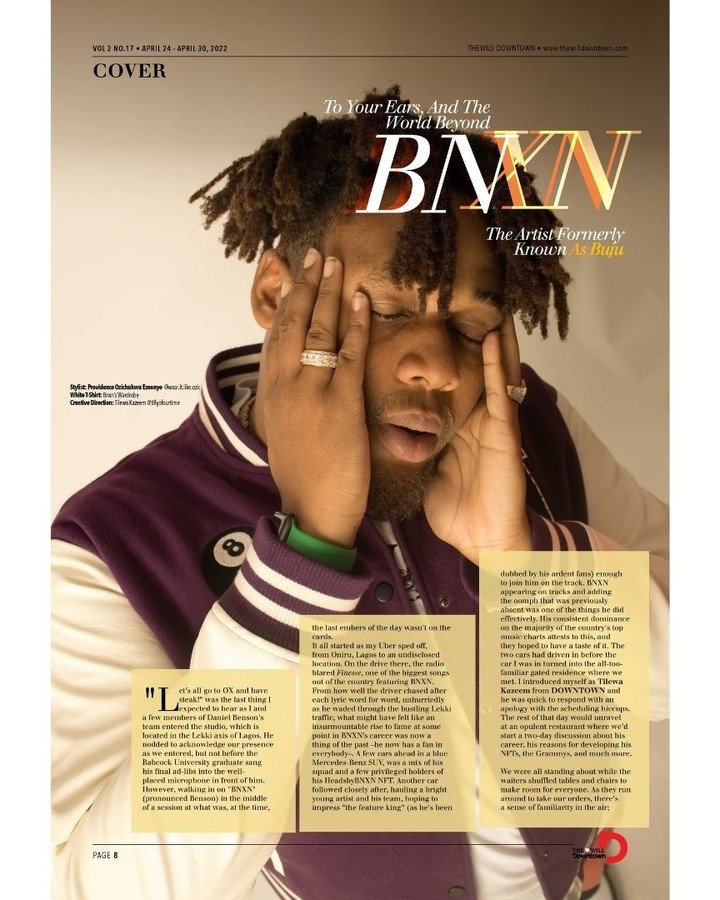 First I turned my head because I was dying. I was between screaming and keeping my cool and my guy was like, that’s him and he said ‘oh, I like your music.’ and it was as if I was floating. Burna had liked the song so much that he had them perform four times in the club. So he asked if he wanted us to work on more stuff or if he should jump on the remix of L’enu. I chose the remix but he still wanted us to work on more stuff.