Le Figaro Magazine presents the Mountain of the Centaurs: Pelion

Greece Mount Pelion and its hidden treasures are presented in a 10-page article published in the latest issue of the French magazine “Le Figaro”.

It refers to the long history of the region, to a unique nature combining sea and mountain; and distinctive architecture that can be seen in local mansions, stone paths and villages.

The article also presents local recipes and products such as tsipouro – a strong distilled alcohol produced in Pelion and other regions, as well as herbs and mushrooms. 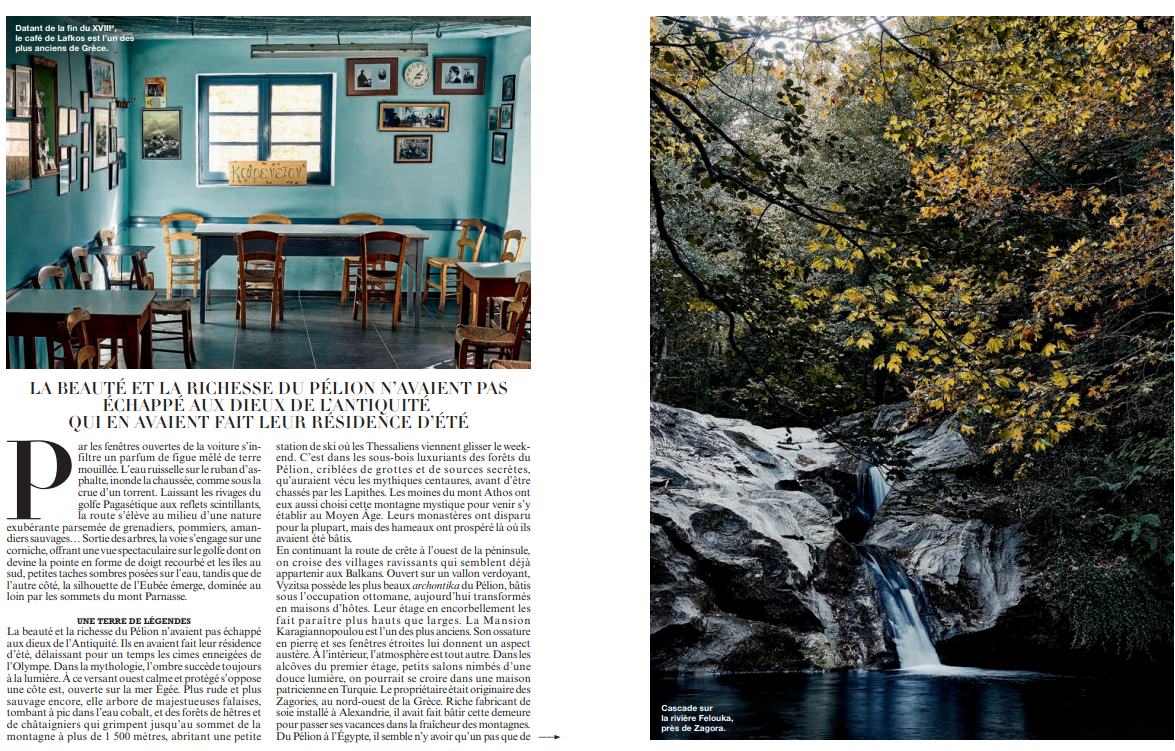 Chevalley and Fabre visited Pelion in October 2020 during a press trip organized by the French service of the Greek National Tourism Organization (GNTO).

Member of Le Figaro, a historical media group in France, Le Figaro Magazine is a popular weekly edition, with a circulation of 370,000 copies and a readership of 1.5 million.

Mount Pelion is located in the southeastern part of Thessaly in central Greece. It forms a hook-shaped peninsula between the Pagasetic Gulf and the Aegean Sea. Its highest peak, Pourianos Stavros, rises to 1,624 meters *.

Pelion is also known as the Centaur Mountain since in Greek mythology, it was the homeland of Chiron the Centaur, guardian of many ancient Greek heroes such as Jason, Achilles, Theseus and Heracles.

* With information from Wikipedia

To follow GTP titles on Google News to keep up to date with all the latest news on tourism and travel in Greece.