Alexa Ilacad stunned fans as she transformed into a “goddess” on the first-ever cover of Star Magic’s digital video magazine, Slay.

The actress flaunted her curves by posing at the beach in a sheer white tulle dress, as seen on her Instagram page yesterday, April 27.

“Your very first SLAY Cover Girl, Alexa Ilacad, has arrived! Prepare to be inspired by her story of empowerment as she discovers herself in the first-ever issue of Star Magic’s digital video magazine, #SLAY,” she quoted.

Ilacad also gave fans a glimpse of the actual cover with the phrase “De goin’ Bulilit to goin’ big time”, referencing the then-ABS-CBN children’s show Ilacad was a part of.

Other celebrities who were in awe of Ilacad were Chie Filomeno, Kakai Bautista and Charlie Dizon, with Dizon referencing Ilacad’s character in their recent film together “Four Sisters Before the Wedding.” 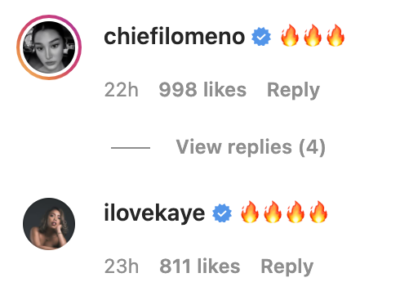 Star Magic, for its part, showed the actress signing an enlarged print version of the magazine’s cover, via her Instagram page, also yesterday.

Meanwhile, Ilacad recently graduated from the School of Business and Technology at Treston International College. The actress described this milestone as her “greatest achievement.” J.B.

The latest entertainment news straight to your inbox

To the edge of the universe — and beyond | Titan